From V to Xline

Murdock Builder’s Merchants have been a stalwart user of the Intact Vline product deploying it in 1999 across its network. Over the last 19 years Murdock Builder’s Merchants have expanded their business across the Island of Ireland with 15 branches located North and South of the border. Supporting their expansion every step of the way was the Intact team and the robust Intact Vline solution.

Speaking about Intact Vline, Michael Rooney, IT Manager, notes, ‘There was never any need to look at an alternate solution. Intact Vline was robust, well accepted across our head office and branch network and it catered fully to our needs during that period. Any decision to move away from the Intact Vline system therefore had to be for a compelling reason.’

That reason came in the form of Murdock Builder’s Merchants desire to embrace new digital technologies related to e-commerce and mobile. Investing in these platforms without the ability to integrate them fully with their business software solution would have been a fruitless exercise.

At the time, it was the desire to embrace new digital channels that spurred the team at Murdock Builder’s Merchant to transition from Intact Vline to Intact Xline. Any additional benefits had not been anticipated. Indeed, as with any change, there was more so a fear that there would be acceptance issues across their 200 users or that other problems may arise. The opposite turned out to be the case and the team were surprised at the range of additional benefits that materialised post their move to Intact Xline and how seamless a transition it was.

Speaking of staff reaction to Intact Xline, Daniel O’Neill, notes,’From our oldest to our youngest staff members Intact Xline has been warmly welcomed and the roll-out was seamless requiring zero training. We genuinely believed that when we migrated over to Intact Xline the phones would be hoping with queries of ‘where do I find this?’, ‘how do I do this?’.

This didn’t materialise and that was a shock. We hadn’t realised how dramatically Intact Xline differed in terms of how user-friendly it is and easy it is to navigate. The design of Intact Xline and the features it offers are so modern and easy to use meaning our staff were up and running on the new system without any issues. I would describe the transition akin to someone moving from using Microsoft Office 2003 to Microsoft Office 2016. It’s that different. The icon-led, intuitive nature of the ribbon menu, instant access menus and related controls has made our team more efficient as they have quicker, easier access to the information and controls they need.’

Speaking further Michael notes,’ There are so many little golden nuggets that we are discovering since implementing Intact Xline. It’s simple things like when you click on the menu it will show your most frequently used options first which is a great time saver for the team. It will also allow you to quickly select date variable like year to date, this month etc. when reporting. The ability to have split screens means our team can have sales orders open in one screen for example and purchase orders in another, viewing live data all the time.

It’s all these little features that were not available in Intact Vline that are actually making the team here more productive and efficient. As we have only recently gone live there are also lots of additional features like the business intelligence dashboards, report scheduler, stock requisitions etc. that we look forward to benefitting from going forward.’

The move to Intact Xline was an inevitable one for a company like Murdock Builder’s Merchant as they seek to embrace the benefits the digital economy provides. In addition, the modern, icon based user interface is now an industry norm and expected by younger employees who benefit from immediately being able to understand and use the Intact Xline system thus reducing ongoing training requirements.

It also future-proofs their business.

Intact Xline is built on a modern platform and is supported by a dedicated team of Intact developers and this gives Michael, and the team at Murdock’s, reassurance that Intact Xline will serve their current and future needs for many years to come.

‘We are definitely glad we made the move to Intact Xline. Not one member of staff has had a bad word to say about it. We rolled it out across our entire network in one go and are delighted with the range of additional benefits it has brought to the business which we hadn’t anticipated. We now look forward to building out our e-commerce business and mobile POD app with confidence as we know they are fully supported in our Intact Xline solution.’ 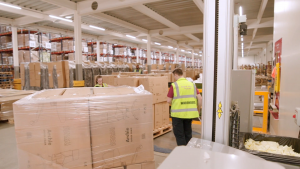 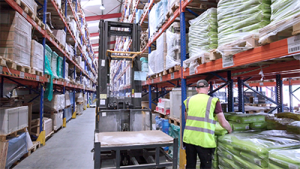 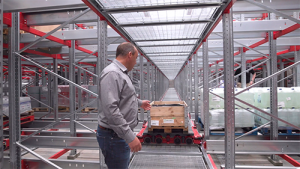