What’s happening in the world of tech this week?

If you want to compete in today’s business world, knowing your way around established technology isn’t enough anymore.

You also have to look beyond today’s solutions, keep abreast of emerging technologies and be ready for what lies ahead.

Microsoft continue to ram windows 10 down the throats of the world. The latest public showcase of this was in a recent weather report. I’m personally a windows 10 fan (most of the time) but for my friends and family who aren’t so tech savvy using legacy applications, I recommend this link to ‘Never 10’by world renowned security guru Steve Gibson.

Apple are ignoring a security risk all over the world

Apple claim they live to protect their customer’s security and privacy… Really?  Apple is letting their Quick time software expire on Windows PCs leaving millions of their customers exposed to already known security threats.  Hmmm Apple, which is it?

We at Intact recommend that everyone should uninstall it from their PCs immediately unless they really need to use it. Some applications like Adobe creative tools require it, if you don’t…get rid of it! Apple, we need this not to be ignored.

Elon Musk’s Tesla has taken over 300,000 pre-order deposits of $1,000 for the Tesla Model 3 making their plan to introduce a mass-market high performance electric car viable.

While most traditional car companies include R&D costs in their cost of sales for each unit, Tesla are choosing the more tech company route by continuing to capitalise their investment for future amortization.  Their policy of sharing their research (in return for a swap with other people’s research) is an admirable one… The question on everyone’s mind is of course: Is Elon Musk really Tony Stark?

Not so secure Blackberry

So it turns out that Blackberrys were never really that secure. In fact, it came to light last week that Blackberry had a single global key to encryption and had given it to many governments.

Unless your company had forked out a lot of cash for Blackberry Server, it’s fair to consider that all your Blackberry voice, SMS and email were open for all to see since 2010.

There are mixed reports coming from US sources that there was no significant information on the iPhone belonging to the terrorists in San Bernardino. Apple famously refused to break its encryption standard to allow law enforcement gain access to the phone.

Incidentally, the FBI (and others are) were requesting that Apple effectively give them a back door key to their encryption.  This is exactly what they had in the aforementioned Blackberry note.  Back door to encryption is not the answer here FBI, Department of Justice & global governments!

Thanks to: stratechery.com, twit.tv, grc.com, engadget.com 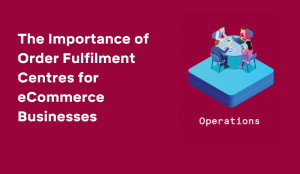 The Importance of Order Fulfilment Centres for eCommerce Businesses 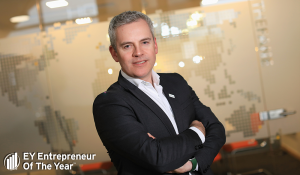