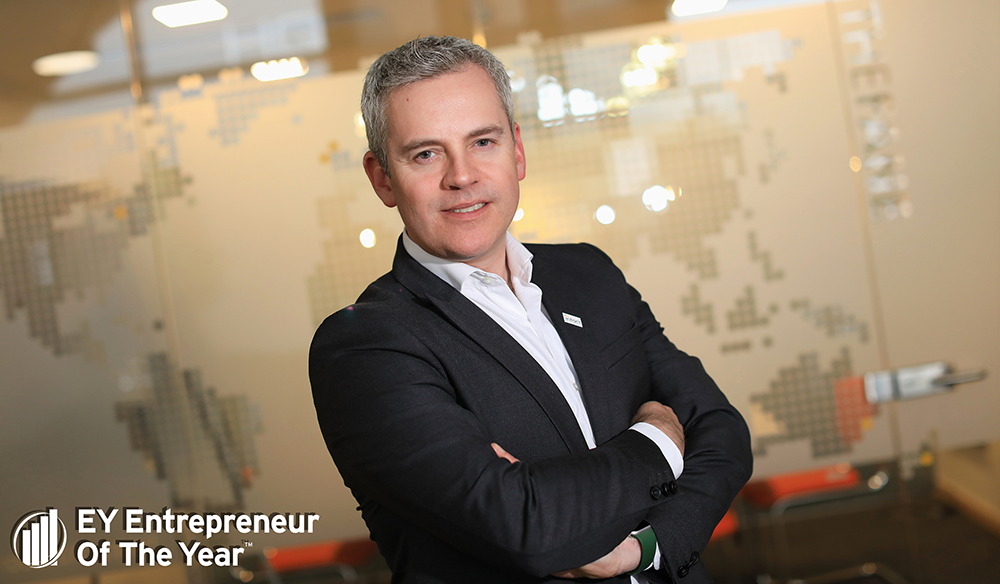 We are delighted to announce today that Justin Lawless, CEO of Intact, has been cited as an EY Entrepreneur of The Year® 2022 award finalist in the International category.

The EY Entrepreneur Of The Year™ programme is a global recognition programme run in 145 cities in more than 60 countries. Currently in its 25th year in Ireland, the programme works to recognise, promote and build a supportive community around Ireland’s high-growth entrepreneurs and is considered one of the strongest programmes globally.

Since 2013 Justin has been instrumental in driving growth at Intact, when he was appointed CEO of the company. Today Intact employs a growing team of over 200 staff across its UK and Irish offices and has between 45,000 and 50,000 users relying on its Intact technology every single day.

“It’s an absolute honour to be named a finalist for Entrepreneur Of The Year®,” said Justin Lawless, CEO, Intact. “I’m so pleased to be recognised among such visionary finalists in Ireland and am inspired by their individual and collective achievements and leadership. This is a huge endorsement of what the Intact team is achieving during extraordinary and challenging times.”

The finalists from across the island of Ireland will compete across three categories – Emerging, Established and International – and one overall winner will be selected as The EY Entrepreneur Of The Year™ 2022 in November.

Developed and implemented by the Intact team, software solutions span entire organisations, covering finance and accounting, procurement and supply chain, logistics, marketing, ecommerce and in-person sales.  This means businesses have complete visibility of their operations via an integrated system that is flexible and can scale and evolve in line with business needs.

The Intact CEO is Justin Lawless, who took on the role in 2013.

Intact currently employ 200+ people and serve almost 3,000 companies, large and small, that use its software across Ireland, the UK, Europe, Australia and New Zealand.

The business has strategic plans that will see it grow annual recurring revenue and turnover, based on both organic business development and corporate acquisition.  An increased headcount of over 100 staff is planned each year, for the next three years, to meet domestic and UK market potential.

The addition of 5,000 new users annually in its target verticals, alongside new product launches and additional VAR appointments, are also part of ambitious expansion planning.

How to Build the Right Team for Software Deployments

The Benefits of Digital Transformation for the Wholesale Sector